Just a few days before Michael Wollny’s 40th birthday in May 2018, the interviewer on an early morning radio show threw him a curveball of a question.

“How would you describe yourself?”

Wollny’s response came straight back without any hesitation. It was a perfectly-formed, five-point answer:

“Pianist. Improviser. Interested in exchange. And in the dynamics of groups. Composer.”

These five aspects of Michael Wollny as a musician – expressed with the modesty yet objectivity typical of jazz musicians when talking about themselves – are the abilities and the appetites which have been constants throughout his musical life. And they also constitute the firm foundations on which a stellar, varied and unique career has been built. Those who follow his work regularly will be familiar with the way it has not just gone from strength to strength, but also grown and broadened inexorably.

Wollny, born in Schweinfurt in 1978 is indisputably now “one of the jewels of contemporary European jazz,” (Richard Williams). He has also probably done more than any other musician to shape jazz in Germany, to define the way it is perceived internationally, and to build its profile.

As a pianist, Wollny has established himself one of the most important figures on the instrument in our time. He is, as the Frankfurter Allgemeine Zeitung has described him:

“the consummate piano maestro: One can justifiably name Michael Wollny alongside phenomena like Keith Jarrett, Chick Corea, Herbie Hancock, Brad Mehldau, Stefano Bollani and Paul Bley. He has everything you can demand of a perfect jazz pianist: masterly technique, exuberant imagination, discipline and a talent for creative chaos, sensitivity and aestheticism.”

Few people work the piano as physically hard as Wollny does, his mind and body are always in constant motion. There is a viscerality about his playing. His expressive power is irresistible; it comes from the sheer energy levels he is capable of, from an inexhaustibly rich imagination and from a phenomenal technique.

He has also probably won more awards in Germany than any other jazz musician, plus a “Choc de l’annee” from the French jazz magazine “Jazzman / Jazz Magazine”, a Ronnie Scott’s Jazz Award, and the Album of the Year at both Jazzwise and The Times (London) for “Weltentraum” in 2014, an album which also made it into the German pop charts.

Most recently, Wollny’s response to the lockdown has been to turn his gaze inwards and to record a solo album reflecting on the theme of solitude, “Mondenkind”. Here again, the breadth of influences is jaw-dropping: Alban Berg, Tori Amos, Sufjan Stevens, the Candian band Timber Timbre – plus his own compositions.

Wollny’s physical and mental agility, evident in the astonishing assuredness with which, in conversation with the interviewer, he anticipated and reacted to the question will not surprise audiences who will also recognize those traits in his musicianship every time he plays.

Furthermore, when Wollny improvises, particularly as a soloist, the breadth of his musical vocabulary is astonishing. As he has said: “All these different composers and music are around us at the same time. I try to stay open for all kinds of influences or ideas that come from anywhere.” Or as a Downbeat artist profile has stated: “Michael Wollny lives in the moment and does not follow a master plan.”

Again, it is the sheer energy and communicative power that singles him out. As Munich’s respected broadsheet the Süddeutsche Zeitung put it: “Michael Wollny is one of today‘s greatest jazz musicians because he can turn every imaginable music into an experience that takes your breath away. ”

The range of musicians with whom Michael Wollny has worked is very broad: from jazz there have been Albert Mangelsdorff, Gary Peacock, Michel Portal, Jim McNeely, Peter Erskine, Vince Mendoza, Pat Metheny and Donny McCaslin, for example.

And there are other collaborations which bear testament to Wollny’s breadth of cultural awareness and interest. Two projects with German composer/vocalist Alex Nowitz stand out in particular: “Goldbergtangenten” from 2015 was an interweaving of the themes of a book by Thomas Bernhard with the musical works of Bach, and in 2019 they explored Beethoven and themes of heroism together.

This breadth and inquisitiveness has made him an ideal “artist in residence” for festivals ranging from the Rheingau Music Festival to the Elbjazz Hamburg, where he was the first to hold the post. He has also made a success of his “artist in residence” role working with Geir Lysne at the Norwegian Wind Ensemble.

A particularly fruitful area for interaction and dialogue has been the duo setting. There have been dialogues with icons of German jazz such as saxophonist Heinz Sauer and fellow pianist Joachim Kühn. In 2009, work with harpsichordist Tamar Halperin culminated in the successful album “Wunderkammer” (cabinet of wonder) a particlarly apt metaphor for the way Wollny discovers and uncovers magic. 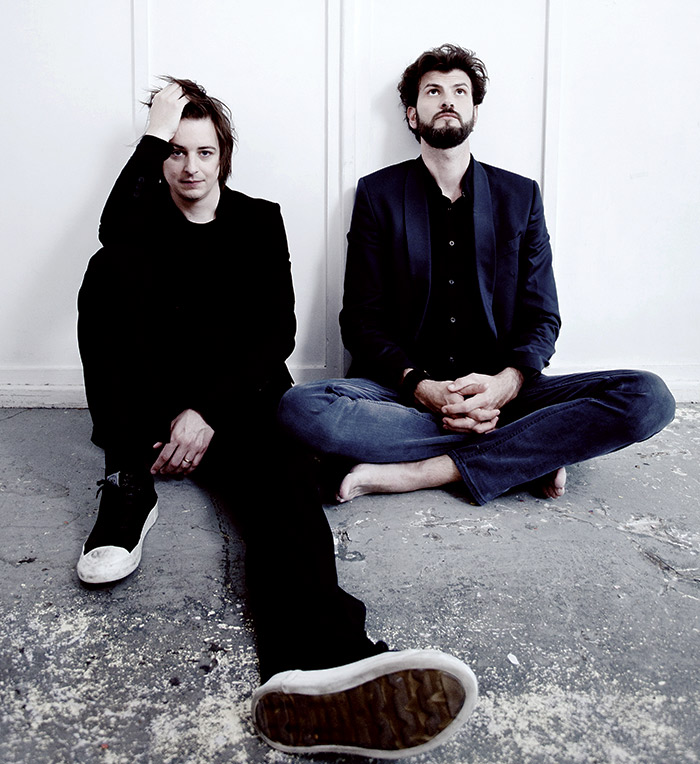 More recent duo partnerships have been formed with artists who combine astonishing musicality with popularity: Swedish trombonist/vocalist Nils Landgren and French accordionist Vincent Peirani. Peirani and Wollny instantly recognized each other as kindred spirits when they met for the first time at an ACT Jubilee Night 2012 at the New Morning club in Paris. It is a remarkable pairing. As one UK reviewer wrote of the album “Tandem” with Peirani: “As Their strong musical personalities pull together and against each other, the rhythmic tension is astounding.”

“…And in the dynamics of groups”

Michael Wollny has been the leader of his own trio for most of his career, and has the advantage of being at the helm of a group which understands fully the way he works. The ability of the group to think as one through all kinds of tempi, dynamics and moods is spectacular:

“His trio can be playful or thunderously loud and veer from muscular to melodic at a cymbal stroke.” (Times of London, 2019) 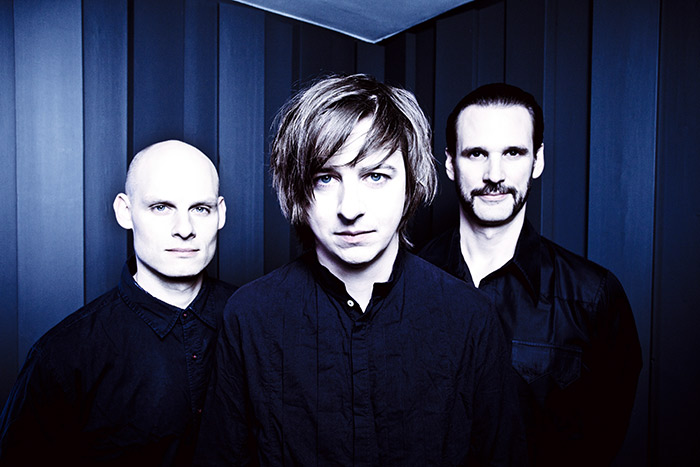 Wollny has also used the trio and their shared experience, brought it as a fully-formed entity into two fascinating collaborations with the Norwegian Wind Ensemble and with Emile Parisien. These two experiences are documented on a fascinating pair of albums “Oslo” and “Wartburg” from 2019.

He has also become a strong member of two “supergroups”. Out of Land consists of four musicians from a similar generation, 4-Wheel Drive with Wolfgang Haffner, Lars Danielsson and Nils Landgren has completely enthralled large concert hall audiences with its re-interpretations of pop songs.

As the Guardian wrote of the 4-Wheel Drive’s Ronnie Scott’s debut: “The star of this ensemble is its youngest member, German pianist Michael Wollny. [..] Here he’s able to let rip, spraying out funky blues solos, thunderous heavy metal power chords and prepared-piano explorations, sounding like he is constantly teetering on the edge of chaos while remaining in complete control.”

The range of composing commissions he has received has been substantial. Recent high-points include new, partly improvised music for Friedrich Wilhelm Murnau’s classic silent film “Nosferatu” with the Norwegian Wind Ensemble, and “Der Wanderer” with conductor and composer Christian Jost and commissioned by the Berlin Philharmonie.

The music written for the centenary of the Bauhaus in 2019 was a major event. Wollny’s substantial composition, “Bau.Haus.Klang” consisted of twenty-two sections making roughly an hour and a half of music. In Berlin it followed on directly from the formal speech marking the centenary itself from the president of the Federal Republic of Germany. The work was then repeated at Barbican, one of the main events of the 2019 London Jazz Festival. One reviewer wrote that Wollny’s “extraordinary performance and intensity” at the heart of the performance had brought a “mesmeric focus” to the vast work.

At forty-two years of age, and with his phenomenal energy and intellect, the next phases of Michel Wollny’s musical journey will be full of surprises, and fascinating to watch and to enjoy.